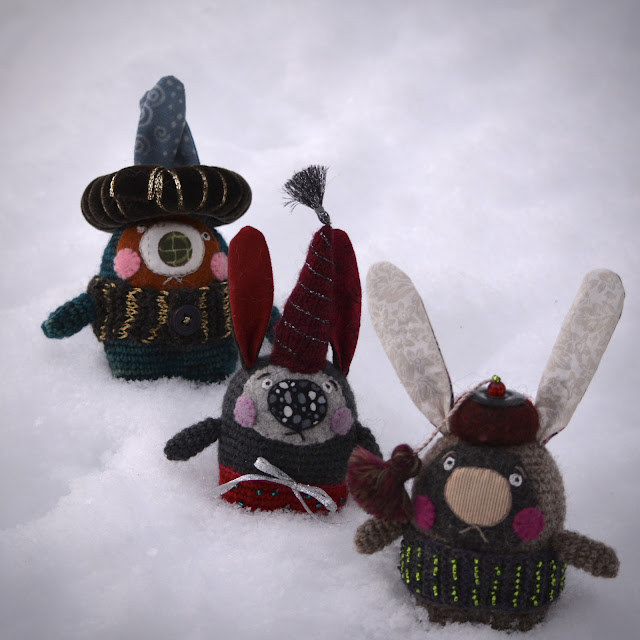 First of all I want to thank you for coming to read. When you leave a comment, it is always nice to hear that there is someone on the other side of the screen. The internet is so full of interesting and creative and good things to read and see that I feel honoured that you are visiting me. Thank you so so much!

This is January 6th - the Epiphany. We call it Loppiainen in Finnish and translated it more or less means The End.

Do you find it difficult to know where is the end, when to tell it is done? When to put away all things Christmas and mentally step away from it? Wouldn’t it be lovely to have the Christmas spirit linger around for a bit longer?

We live in a very small village and when I walk the dogs I very sedom see anyone out and about the time I am out, but occasionally I see neighbours cleaning their yards off snow or meet someone walking their dog, and in Christmas time these quick encounters, when someone calls with “Merry Christmas”, feel so special. We are all in this together and good wishes are all around.

I know there are many people who love to keep all things Christmas for a very long time, but I somehow need to know where to start and where to stop - although some decorations are so sweet that it is a shame to put them away for 11 months. I have mixed feelings about the closure and have always had… sometimes I ponder about this when I am preparing the celebrations. I already think in the beginning of December whether to undress the house for the New Year or whether to let the decorations stay over the New Year until the Three Kings Day or until Nuutti’s (Knud’s) Day.

Christmas Eve, Christmas Day and the Boxing Day, they are easy, the heigth of the festivities. Right? There is the beginning - no doubt what so ever!

Except that we have a saying in Finland: Good Thomas brings Christmas (Hyvä Tuomas joulun tuopi) and that day is the 21st of December and in the old times, the first day of Christmas celebrations. All should be done by the 21st.  Thomas’s day coincides with magical Winter Solstice, so that makes sense and would be lovely way to start the season. But to have everything ready by the 21st is almost impossible.

The old saying goes that the bad Nuutti takes away Christmas (Knud körer Julen ut, Paha nuutti poies viepi) and Nuutti’s day is… it used to be the 7th but now it is the 13th. In very old times Christmas celebrations lasted for 20 days and counting from the 25th of December, 13th would be the 20th day. Can you see how this is getting problematic?

Loppiainen, the Three Kings Day is the 6th, the old Knud’s day was the 7th and now it is the 13th.

Add to this mixture the New Year. For a couple of days, in the midst of the peaceful Christmas arrives rowdy celebration with all the fireworks and mysterious predictions. And then you are supposed to calm your mind to continue with Christmas again…

When the new year begins, one starts to look ahead and wants to put the old behind, but no, we should go back to Christmas. I have never managed to make any sense of this all. I find it very difficult to feel that New Year celebrations belong to Christmas celebrations or are part of them. So do I put the tree away for the New Year… that is too soon, way too soon, it is so lovely with all the fairy lights. But, right after the New Year, the tree feels old and then I just count the days when to take it down; I start to look at the tree as a task to be dealt with.

If we turn the clock a few hundred years back, all was quite simple. The New Year in Finland was in the fall when the crops were done. Then there were 12 days of rest before the new year began in earnest. Good Thomas brought Christmas on the 21st and bad Nuutti took it away on the 7th.

But wait, today is Loppiainen, the three Kings Day, and we just need to stop here now, because… 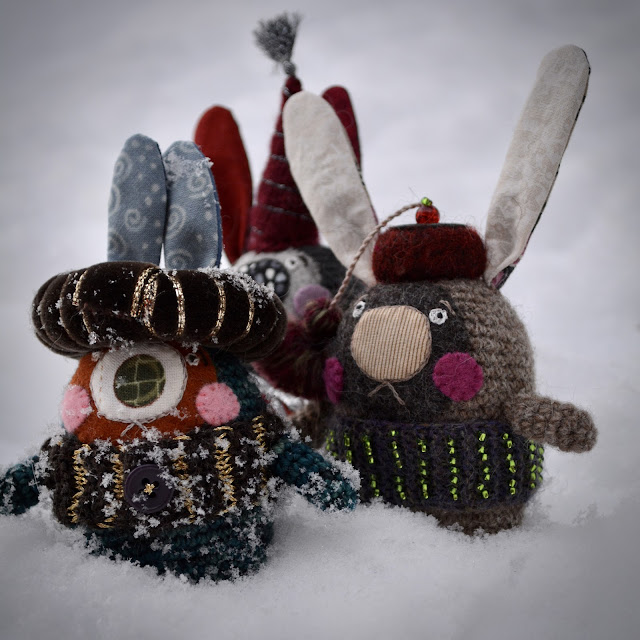 I found these three wise men bickering in the snow. I suspect they have lost their way and are far up too north… 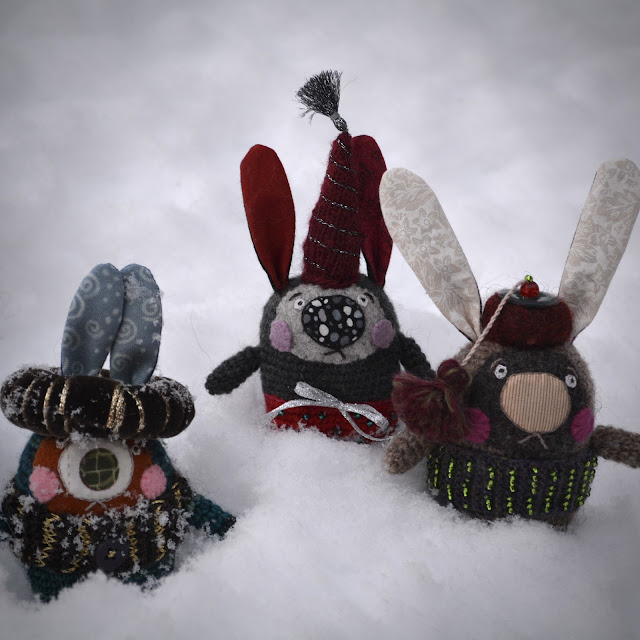 Meet Melchior, Kaspar and Balthasar. Totally out of my imagination, without any thought on how they attire should have looked. 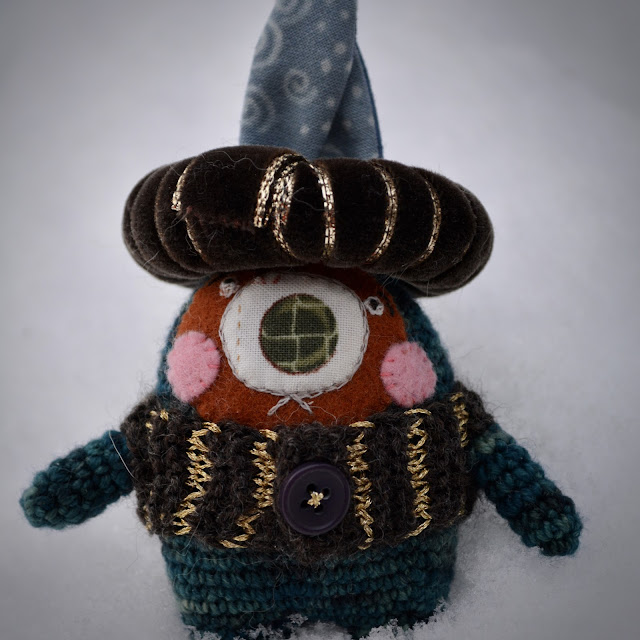 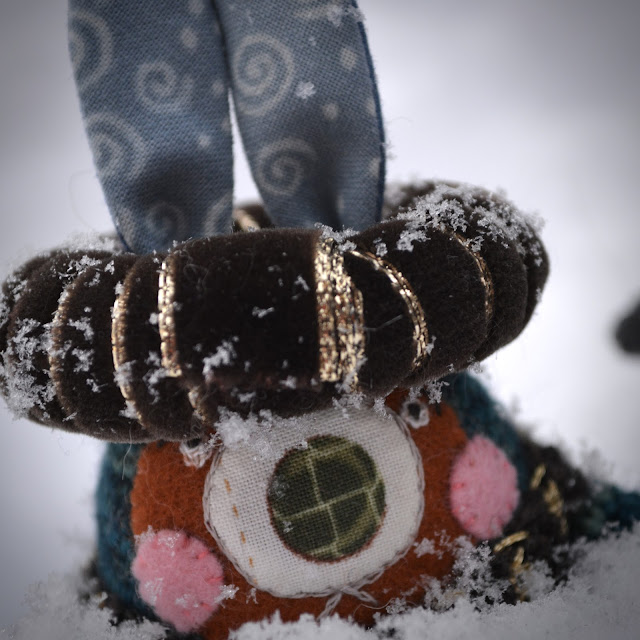 I made Melchior first, he was the first and sort of set the spirit for the rest. When after a few mishaps I knew how to make his headgear, the vest was very easy to think of. (He fell over and his headgear fell off and in the picture the back is in the front.) 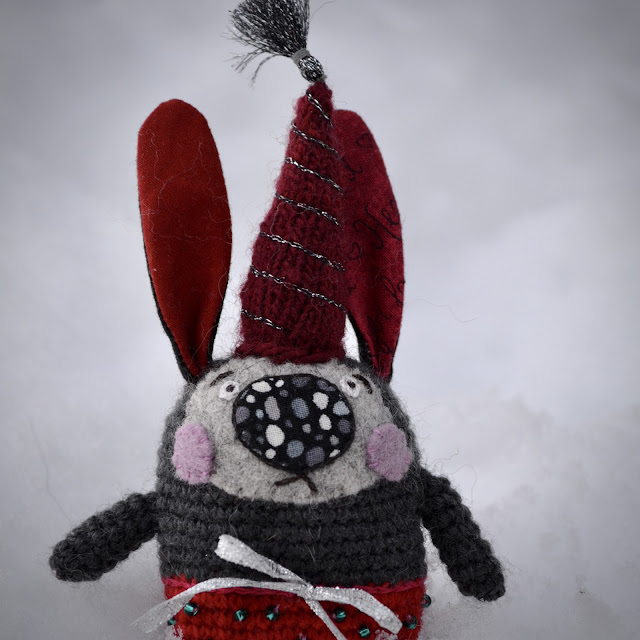 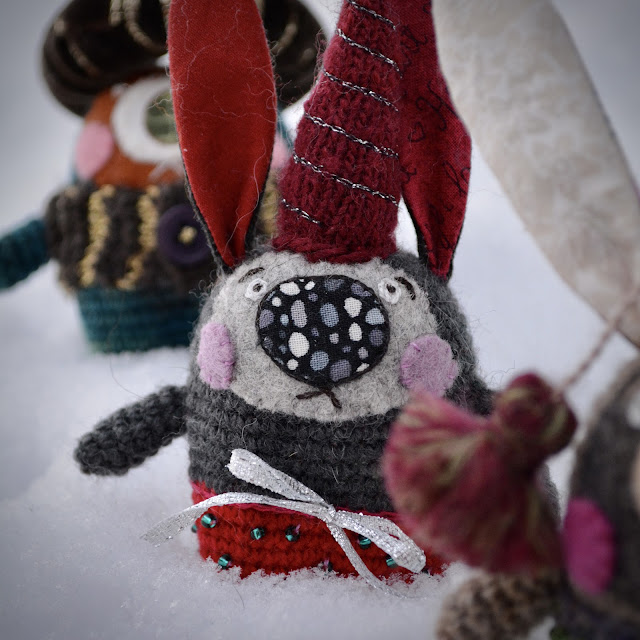 Balthasar almost looked like a gnome (tonttu) but I managed to rescue his outfit and feel that he is about right now, and handsome in his own way. He is little smaller due to thinner yarn, but otherwise the same body. 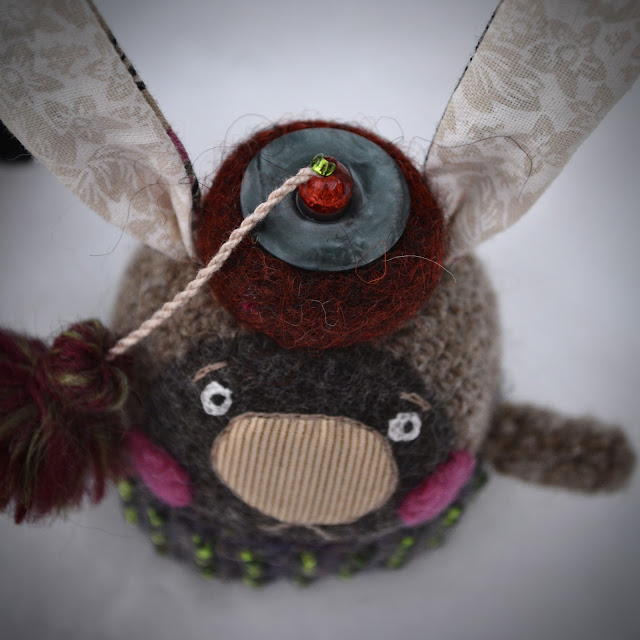 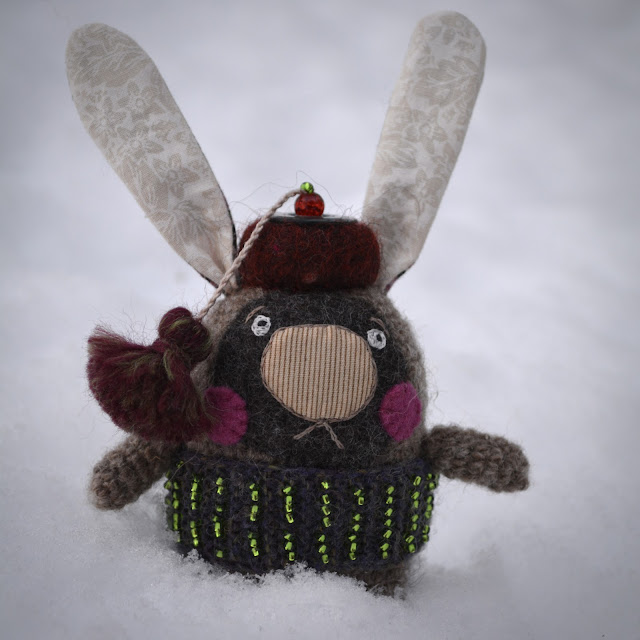 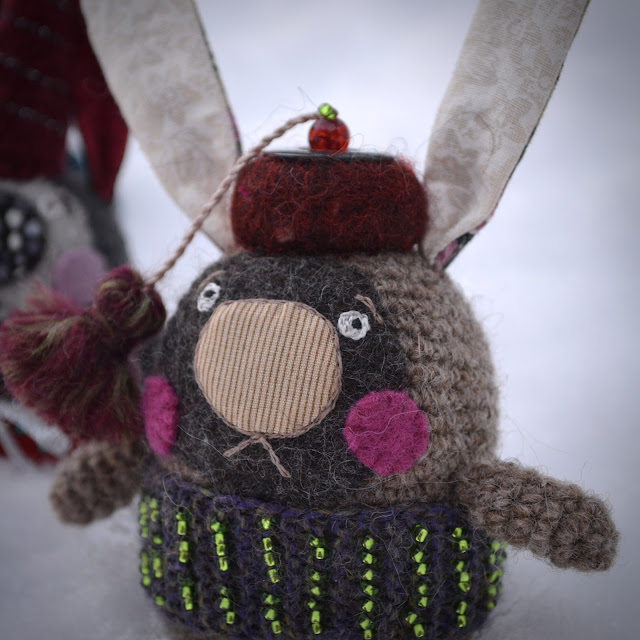 But Kaspar, dear Kaspar, gave me such trouble. I made his outfit three times but I think I nailed it in the end. I truly like him now. May I point out his head piece, there is some felting, and then a button with a small red bead attached with a seedbead and then the tassel!

(I always struggle with eyes, but I think the surprised look in the bunnies’s eyes is quite right.)